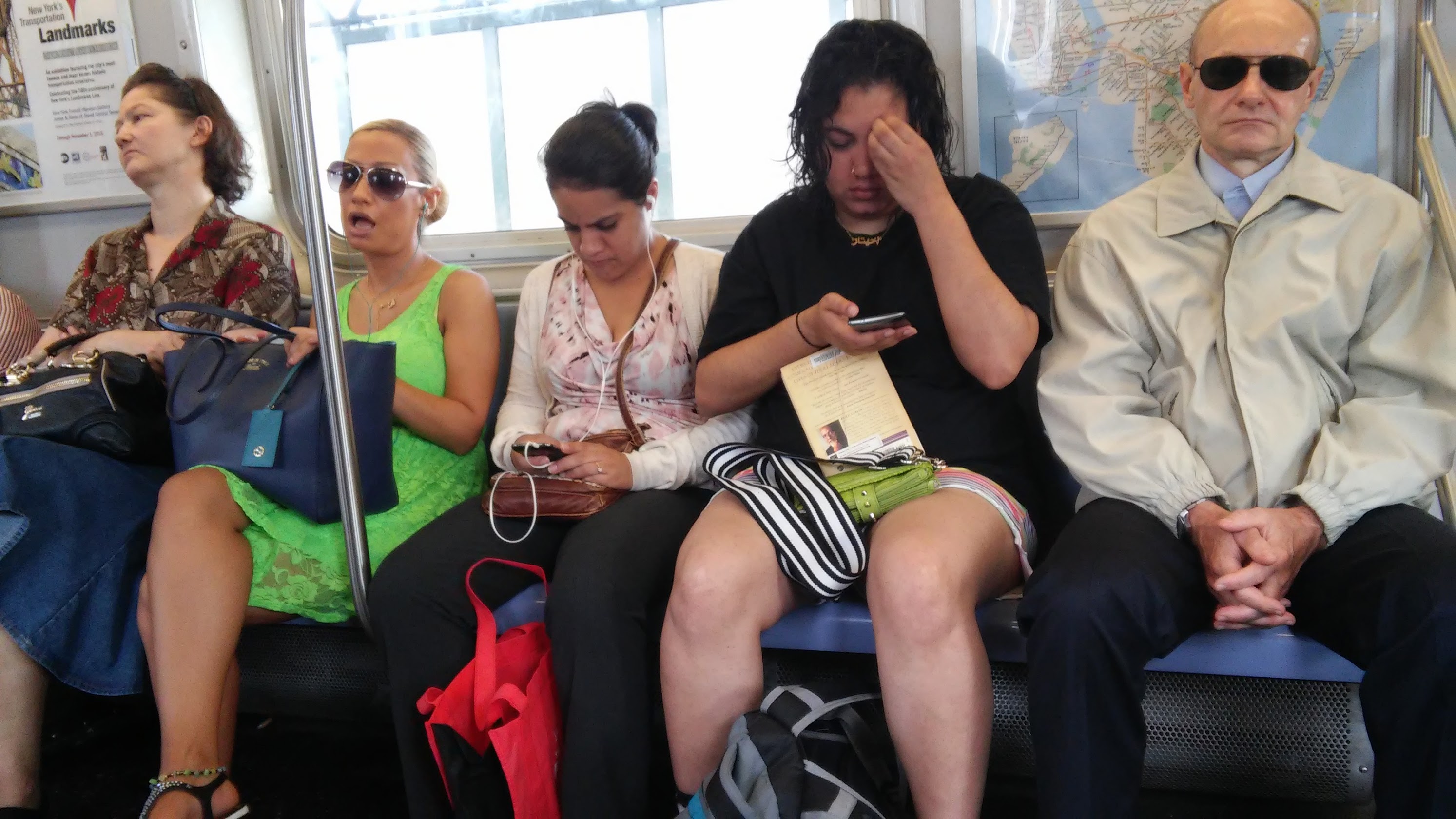 Talking about tattoos on the J train

She was the woman in the green dress.

The busty blonde slipped onto the M train and darted for a seat. Her entrance came a few stops after I got on. Her hair in a pony tail. Big dark shades. Earbuds hung down leading into her oversized purse.

She tapped her foot and mouthed the words to what had to be a hip-hop tune as the subway clacked along. We arrived at Myrtle and Broadway, where I waited for the J.

The sweltering train arrived and carried us both up and over the Williamsburg. It was like swimming in sweat.

Standing at the doorway, squinting at his battered Blackberry, he looked unnatural in a shirt and tie. His pants hung low, his button-down tucked in loosely. His leather belt held up dark blue pants, which fell over his legs and worn boots.

His sleeves were buttoned at the wrist. Peeking out from beneath the cuff on his left arm was a tattoo. It was blue. Looked like the bottom of an ornate cross. As he moved he revealed another tattoo on his other wrist. But that one was harder to discern.

Then in walked a coffee-colored man with cropped black hair, round glasses and a thin beard. He wore a loose tan shirt, baggy shorts and sandles. A black messenger bag was slung over his thin frame.

Just over the front of his shirt, lines of inked text could be seen on his hairless chest. I imagined these were prayers or verses from some holy book.

Blackberry moved to sit next time him. Almost immediately he asked about the tattoos. I figured there was a story there. Something interesting. I tried to listen, but the train proved to noisy. I did, however, get one tidbit about where the man was when he had lines of text inked into his skin.

As the train rumbled into Broad Street, I stood patiently behind a woman. She turned her head, and her wet, shoulder-length curly locks shifted. On the back of her neck was ink. It rolled over that boney spot just at the base of her neck.

A woman standing near her had a color butterfly in the same spot.