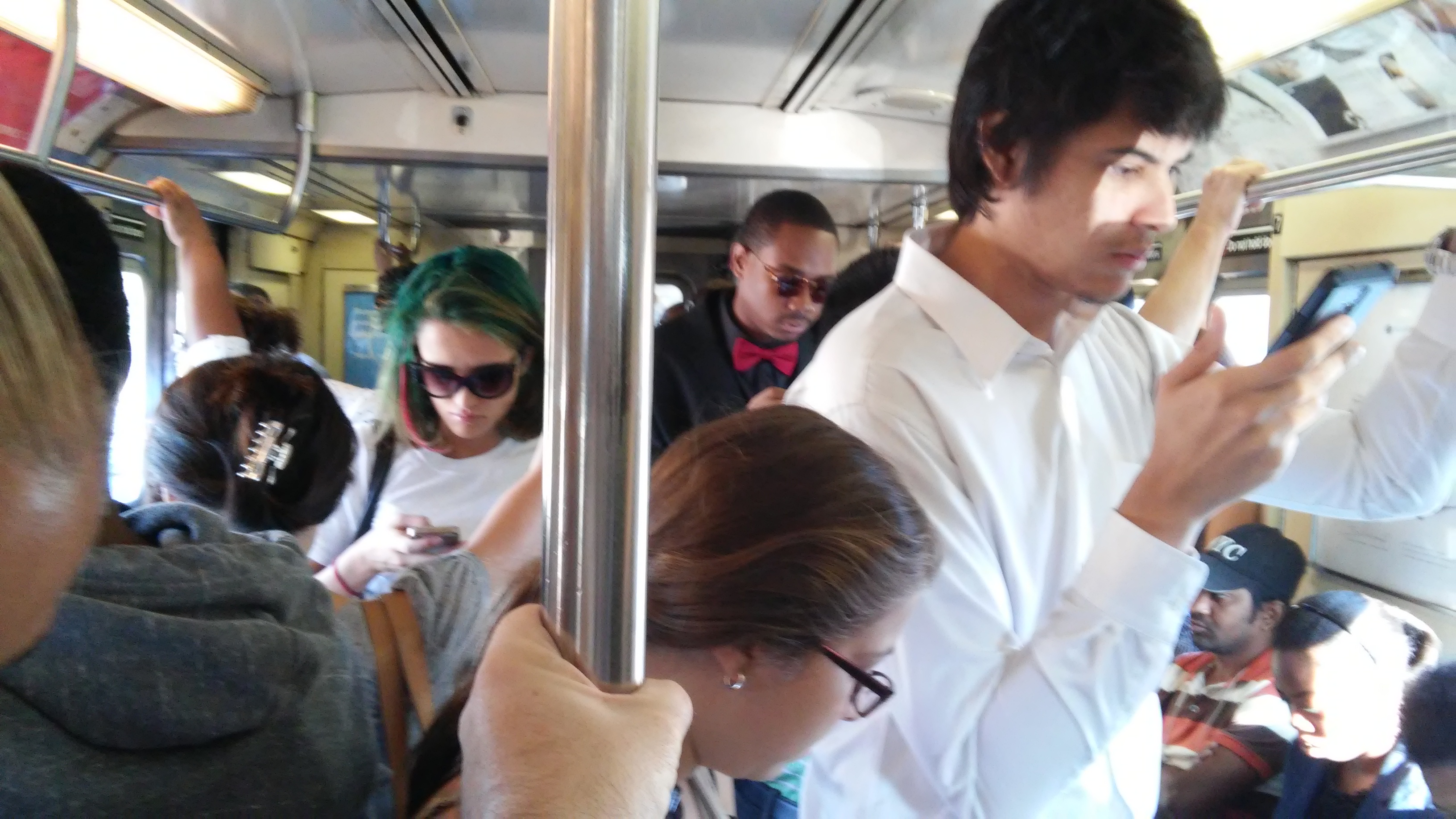 She’s the woman in the red shirt

Riding the subway to and from work, you see a lot of familiar faces. They come and they go.

The woman in the red shirt was different. It was the first time I’d walked to the train with a stranger, who then went on to share the entire ride with me. We got on the same car, changed trains at the same station, and ended our commute at the end of the line.

But what truly made it unique, is that when I arrived at my station for the journey home, she was there. And we did the whole thing again, only in reverse.

I don’t know her. Never seen her before, despite having grown accustomed to many different faces on the train. Wouldn’t surprise me if I don’t see her again.

She did not make a repeat appearance this morning.

Instead there was the pale-skinned rider who talked to everyone, including himself. He wore a decorative white shirt with a gold Catholic prayer bead neckless. And when the Indian woman beside me let out a very soft sneeze, he was quick to say “God bless you,” despite sitting across from her and being separated by straphangers.

There was the young Asian mother with two children. The older boy, who couldn’t be more than seven, followed her nervously off the train as she carried his sleeping younger brother in her arms.

There was a familiar face. The busty blonde in the green dress. She was wearing a different ensemble, of course. But she still had those oversized dark sunglasses and her hair pulled back tightly in a bun. There was no dancing to music from her earbuds. She wasn’t alone. A pair of women, also adorning similar saucer-like sunglasses, were with her. They chatted excitedly.