I realized the other day that I neglected to mention a fantabulous website I’ve frequently contributed to over the last few years.

Unwinnable was created several years ago by a pal of mine, Stu Horvath. What he’s created, with the help of some wickedly creative friends and associates, is an unconventional website. Its varied content digests comics, gaming and niche realms of pop culture.

Here are some of the articles I’ve written for the site:

Those Were the Days: It is a bygone era: The age of the VHS. I never thought it was a period of time that would last less than two decades. But those small, plastic cassettes were a major part of my life… Read more

What killed Star Trek?: All good things must come to an end. That was my general feeling after the success of J.J. Abrams’ Star Trek in 2009. The blockbuster was effectively the final nail in the coffin for the Star Trek that I had known and loved for so many years… Read more 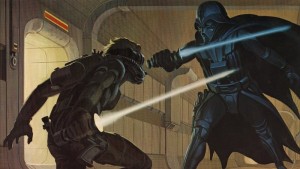 Dear Geeks: Enough Already With The George Lucas Hate: I think it’s time to bury the hatchet. Let by-gones be by-gones. It’s all water under the bridge. Why cry over spilt milk. In other words, get the fuck over it already… Read more

I’ve added other links to the Articles page. You can see of my work for Unwinnable here.