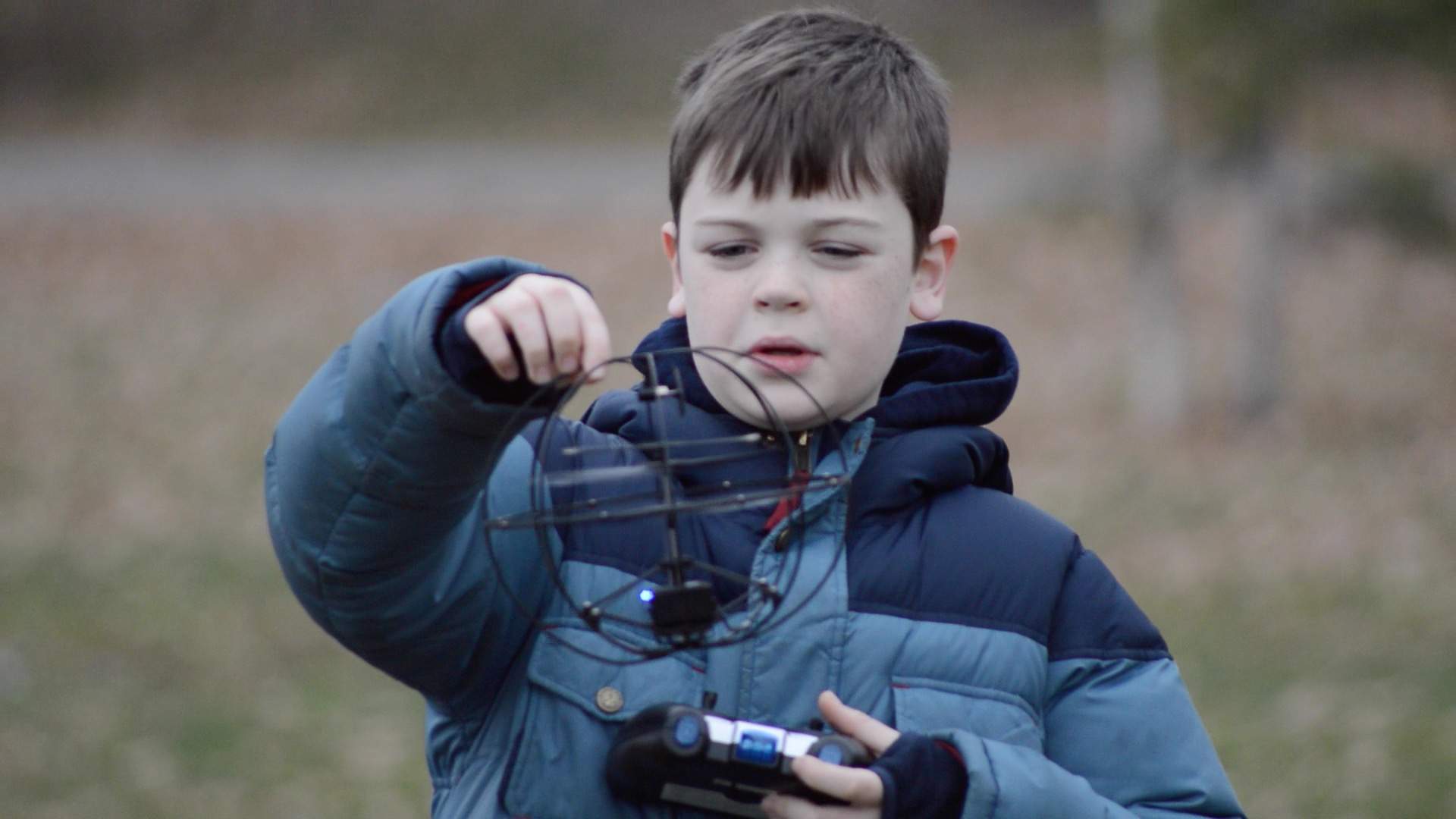 Published by Sheridan on December 1, 2014

It’s been a while since I’ve had an opportunity to make a short film. I’ve had a Nikon D3200 for a while, have used it to snap quite a few photos. But I’ve been meaning to use it to shoot a video.

The other day I decided I would give it a shot.

My son got a new toy, a Flying Alien Sphere. It’s a little helicopter inside a ball. Pretty cool. Was a gift to him from a buddy of mine. So we took it out to the nearby park for a test flight. He had a little difficulty with it, but… well, you should watch the video to find out what happened.

It was immensely fun to shoot and edit the film. The music, created by Kevin MacLeod, was obtained thanks to the Free Music Archive.

I deeply enjoy making films. Children and career took things in various directions in the last few years, so I haven’t been able to dedicate myself to it like I would have wished. But as I strive to finish my first novel my goal is to get back into making films. I get to do it quite a bit for work these days, but it’s not quite the same as the more personal projects I enjoy.

I have one short film that I wrote a few years ago. It’s a crime thriller, one I’ve gone back to several times and found myself still enjoying (a rare thing). Hopefully soon I’ll put script to screen.