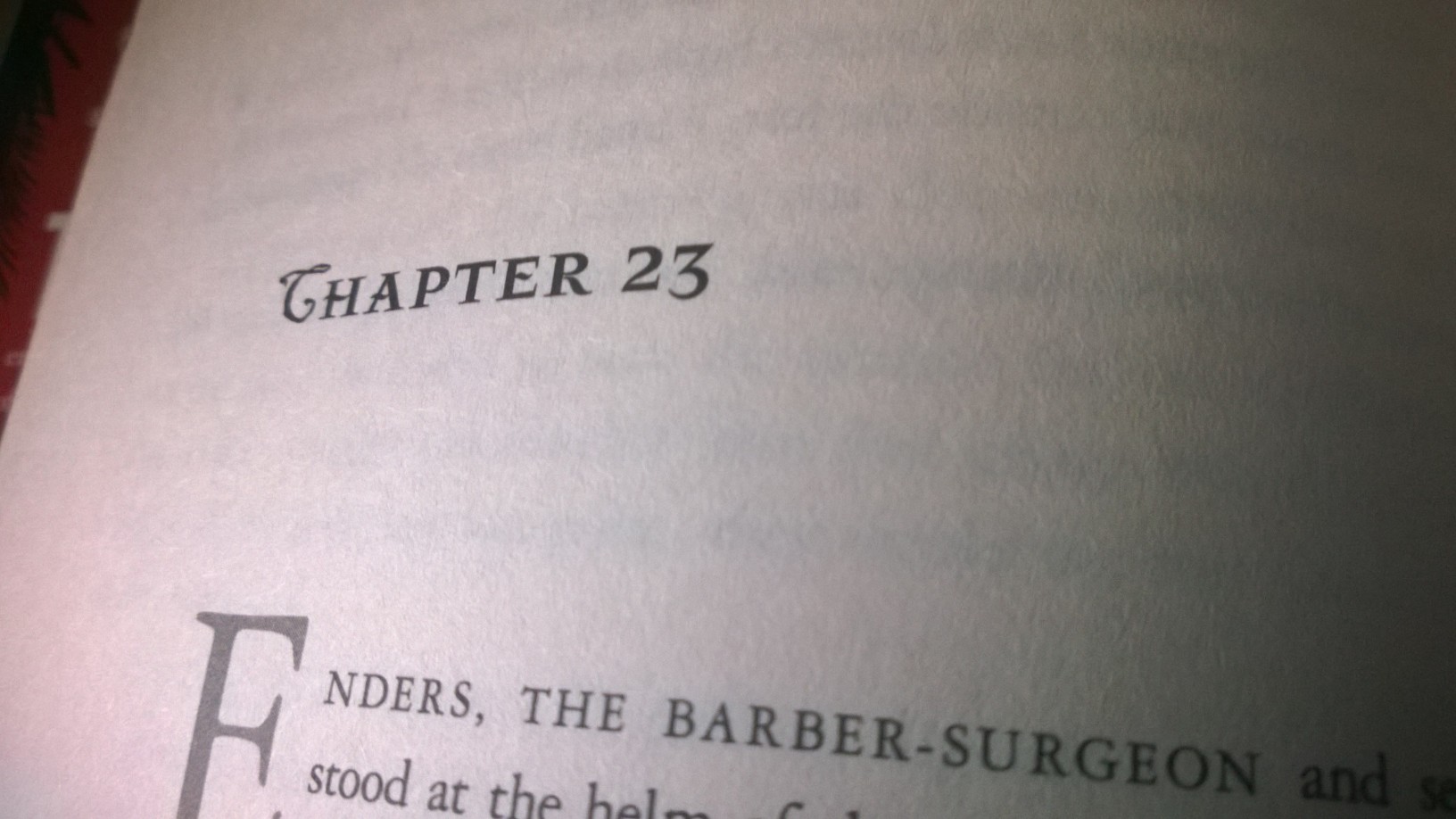 Writing in chapters can be a challenge

I’ve spent the last few years as a writer focusing on screenplays and news reporting. So when I sat down to crack my first novel, I found the primary challenge was thinking in chapters.

Screenwriting is very structured (three acts, forty-some scenes, act breaks, instigating incidents). News writing has basic structure as well. But writing a novel is different. There are fewer structural rules. Its a freedom that can be liberating, but also daunting.

Novels change how they’re structured from one book to the next. Some authors keep their chapters simple, centering on one sequence at a time. Others have very elaborate chapters that cover multiple scenes and characters. You’ll also find novels with long chapters, short chapters, numbered chaptered, titled chapters. It’s all over the map.

Heck, there are some with no chapters at all (Cormac McCarthy’s The Road being a prime example).

For me, I needed some sense of order. A way to approach the chapters that had some sense of structure. I settled on the idea of breaking each chapter into threes. This not only helped me find an approach to chapters that made sense, but ultimately it allowed me to develop a rhythm to the story overall. Like discovering the beat to a song.

Oddly enough that magic number three transformed the book itself in ways I didn’t expect (for example, there ended up being 30 chapters).